Find me other places 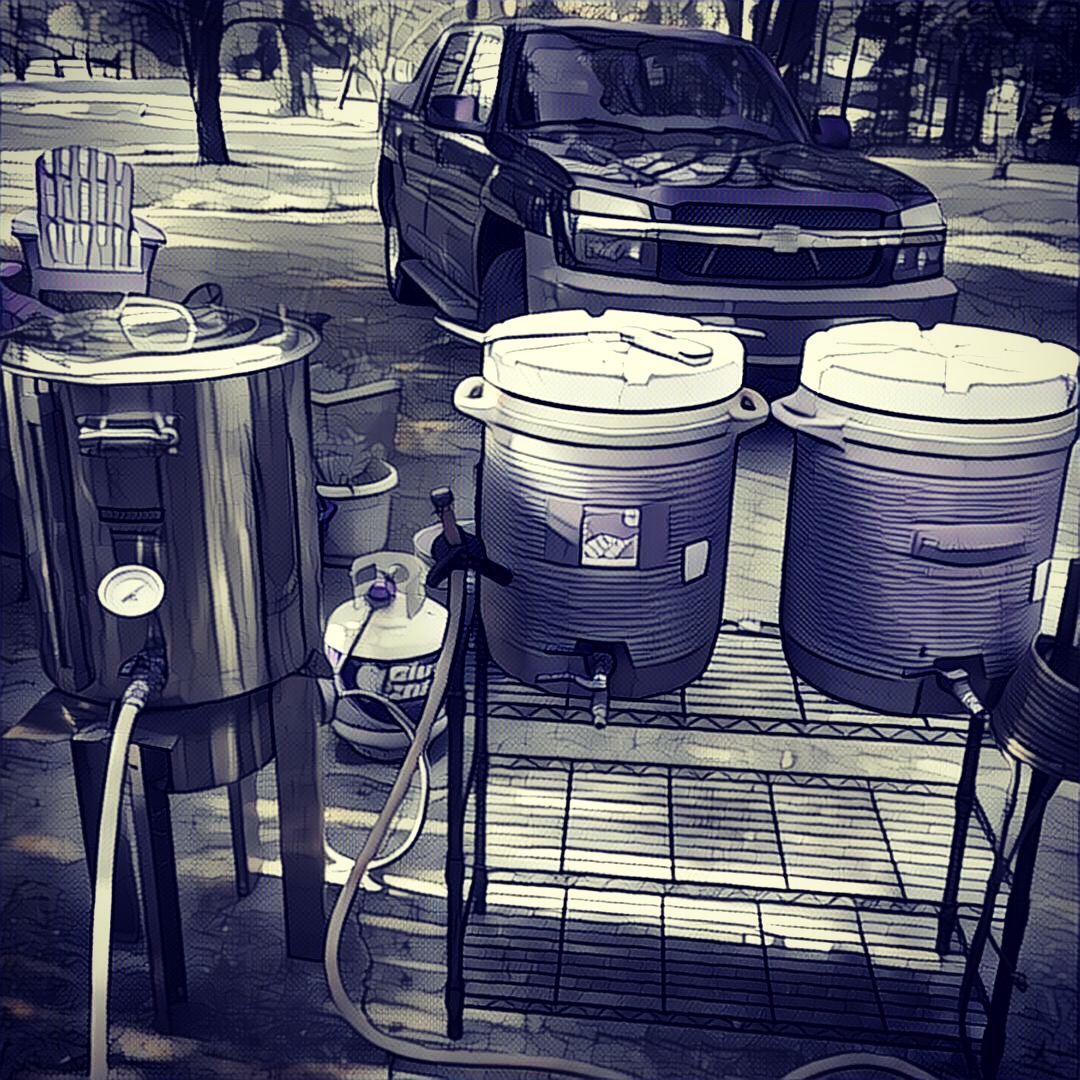 Going back to my Busty Porter recipe I brewed at the first of this year and my other robust porter recipes, the Busty Porter was just stuff I had sitting around at home because it was not my normal porter recipe. Well, this time I made sure I had everything. This is also going to be one of the quickest turn-around on a beer I’ve ever done. I brewed this beer exactly 2 weeks before the event. Racked to the keg after being in the fermenter for 11 days, thew it in the kegerator, and used the Blichman QuickCarb the next day to carb this puppy up. I pushed this beer through Strange Brew Coffeehouse House Blend beans to have a coffee porter at the event. It turned out pretty good for such a quick turnaround beer. Would I normally do this? No, not really, but I’ve had a lot going on lately at the house (ahem, bathroom reno). This is why I went back to the cooler mash tun instead of my direct fired mash tun. I have everything stored away right now. The direct fired isn’t very portable right now, which this is something I need to change.

But why did I brew 8 gallons? Well, before I started my boil, I pulled off some wort. A friend wanted to make pastrami and wanted to braise it in beer. I suggested braising it in sweet unhopped wort. I suggested this when braising the meat you wouldn’t make the wort more bitter while letting it break down the fats. I thought this was a really cool idea. The final product was really good and interesting. I think beer wort has some potential to do some really creative things in the kitchen.